I used to love making websites (I still love the idea, but just lack the time), here are some of the sites I made using different technologies. It started with jQuery and Ajax, visited Wordpress, and ended with Angular.

I am currently working on wattson.blue, which is a platform that allows athletes to stay sharp, rest smart, train hard and perform.

The website is customised wordpress. The web app is Angular.

This was a site I have put together with the help of a friend that shows a list of Oxford coffee shops that may be suitable for studying every now and then in. I really wanted such a website so I can keep track of different places and their advantages and disadvantages.

We had fun with Google Map API and CSS transitions to make the list. 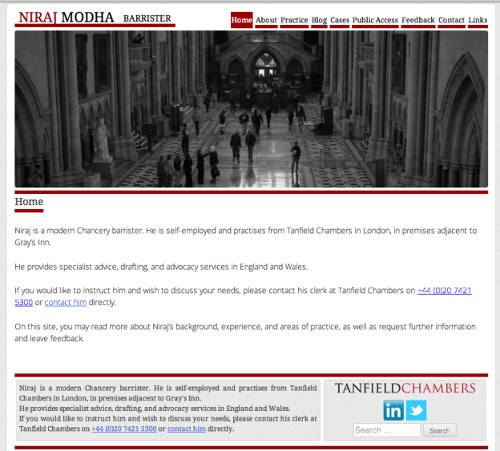 Niraj was looking for a modern, responsive website where he could show off his background and skills.

He also wanted a page for his clients to be able to leave feedback for him. We added a form, with various checks, that stored the feedback by case number for future reference, and also emailed a copy to Niraj.

The site looks great on mobile, tablet and desktop. I used Wordpress as the CMS for easy editing of material by Niraj himself.

We switched the site off recently since Niraj switched roles.

With some inspiration from my own site, this is something I spent a bit of time on over summer 2014. The idea is:

This site is also switched off now - not sure why.

I have written the backend of this site in Django and I am using a lot of cool features for the front-end including:

Have a look at the code on github. 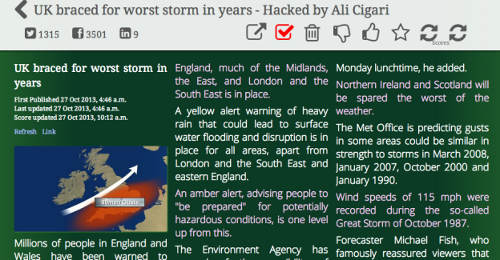 This was a web-app I developed to read more interesting news articles, not according to what websites decided was important but how often something was shared on social media and whether I liked 'similar' articles. It calculated:

I stopped working on it once I got a bit busy with rowing, and so on. 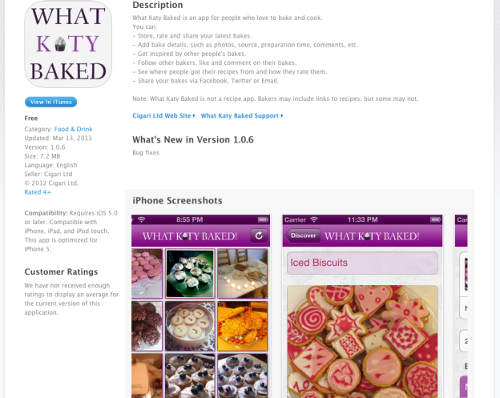 This was an iOS app that I developed in 2012. I have now taken it off the app store. The idea came from the fact that so many people share their bakes and cooking results on various social networks (not the recipes, just photos, with recipes coming from books, other websites, etc).

It was very similar to the online website Punchfork, which was primarily available on the web, but very much on iOS. Punchfork was bought by Pinterest a couple of years ago.

I think it took around 200 hundred man-hours, which included me learning iOS from scratch. I think this was really the first time I realised 'entrepreneurship' is fun. 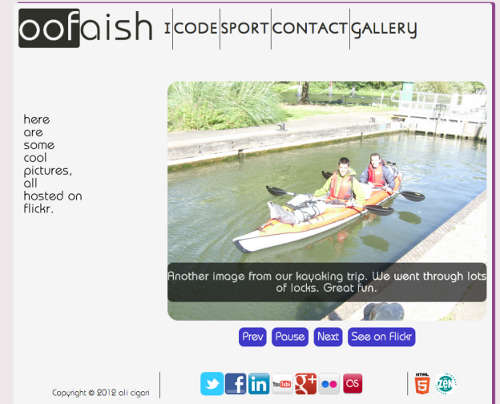 This was the first website I ever wrote. It was my old website in CodeIgniter, before I moved to Wordpress. I used simple CSS corner radius to develop the logo, which I am still using on this site.

To get around the limit that my old web hosting service imposed on number of unique sites I could host (1!), I used a hacked Controller to host 3 different sites (cigari.co.uk, whatkatybaked.com and oofaish.co.uk) - huh! 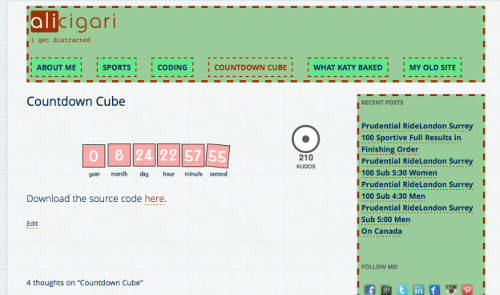 This was my old wordpress website before I switched to Django. I did not spent a lot of time developing it. The theme was simple Twenty12, with a fixed header in cases where the screen was seriously wide.